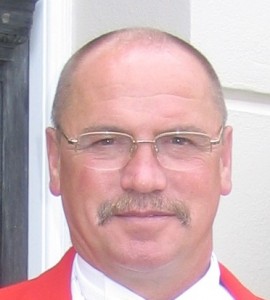 A huge welcome to Bob Sutton, our Visiting Officer

Served an apprenticeship in painting and decorating from leaving school then joined the Army – Parachute Regiment from 1968 – 1994 finishing as Warrant Officer WO1. On leaving the Army. Studied Law to qualify as Barrister.

A Professional Toastmaster for 18 years.