Welcome to the web site of Karwan Lodge No 8970. 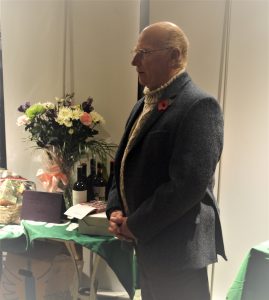 Brian is a 76 year old widower with one son, one daughter, and one granddaughter. Professionally, he was a Gynaecologist and General Practitioner, retiring from the Royal Navy in the retained rank of Surgeon Captain.

Brian joined Karwan Lodge 8970 in 2014 and has progressed through all the active offices from Junior Deacon. His first Craft Provincial Appointment was in 2015 as Past Provincial Senior Grand Deacon.

If you know what you are looking for on this site you can always use the Search Tool in the upper left hand corner.